Samuel Barclay Beckett (13 April 1906 – 22 December 1989) was an Irish avant-garde novelist, playwright, theatre director, and poet, who lived in Paris for most of his adult life and wrote in both English and French. His work offers a bleak, tragicomic outlook on human nature, often coupled with black comedy and gallows humour. Beckett is widely regarded as among the most influential writers of the 20th century. He is considered one of the last modernists. As an inspiration to many later writers, he is also sometimes considered one of the first postmodernists. He is one of the key writers in what Martin Esslin called the “Theatre of the Absurd”. His work became increasingly minimalist in his later career. 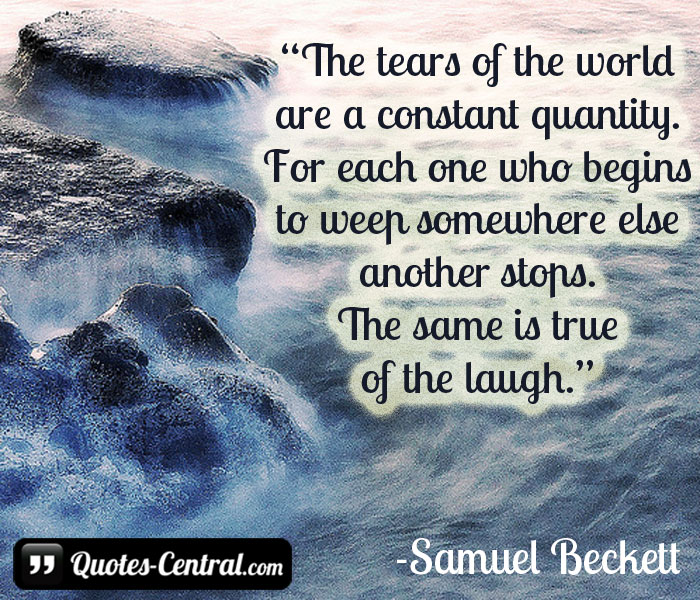