Pema Chödrön (born Deirdre Blomfield-Brown on July 14, 1936) is a notable American figure in Tibetan Buddhism. A disciple of Chögyam Trungpa Rinpoche, she is an ordained nun, author, and acharya, senior teacher in the Shambhala Buddhist lineage Trungpa founded. A prolific author, she has conducted workshops, seminars, and meditation retreats in Europe, Australia, and throughout North America. She is resident teacher and founding director of Gampo Abbey, a monastery on Cape Breton Island, Nova Scotia, Canada, established in 1984. 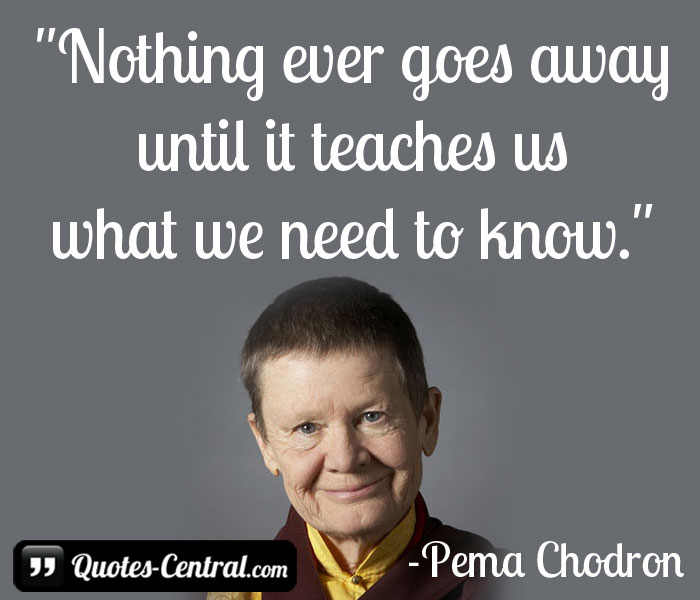